What To Do If You Are Suspected Of Committing A Crime

Minimize the Consequences of Assault and Battery Charges

Violent crimes carry serious consequences. From simple assaults and batteries of the misdemeanor variety to more serious felonies, if you have been charged with a violent crime of any sort, you want an experienced criminal defense lawyer on your side.

The attorneys at Rien, Adams & Cox, LLP, have been protecting the rights of the accused in California courts for nearly three decades. They can help you build the best possible defense and minimize the potential consequences.

In California, certain violent crimes can be charged as misdemeanors or felonies, which expose the accused to punishments ranging from county jail to state prison. Some of these offenses can be charged as «strikes,» which means an accused could face a doubling of the punishment prescribed, or even life in prison, depending upon the background of the accused.

For felony convictions there is a lifetime ban on the ownership, use or possession of firearms, and for specified misdemeanor crimes of violence, a 10-year ban. In any case, the lawyers at Rien, Adams & Cox, LLP, will conduct a thorough investigation into your case, develop a cohesive strategy of defense, and vigorously defend you in court.

If a deadly or dangerous weapon is involved in the case, or «great bodily injury» is alleged, penalties can be much more severe. You need an experienced, reputable lawyer to fight these serious charges.

Your call to Rien, Adams & Cox, LLP, will not be received by an answering machine or voicemail: A live operator is available 24 hours a day, 7 days a week to assist you and place you in immediate contact with one of the firm’s attorneys. With offices to serve you in the Livermore, Pleasanton and Dublin Judicial District of Alameda County, the attorneys at Rien, Adams & Cox, LLP, represent individuals in courts throughout Northern California. Contact them today for a free initial consultation. 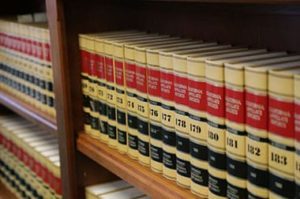