Consulting a Defense Lawyer can Prevent a Wrongful Conviction

In some cases, the police begin investigation before an offense is committed, either by monitoring an emerging concern or by participating with informants in an unfolding event such as a drug, fencing or money laundering transaction.

Often, an individual knows that law enforcement attention has focused on them, even before being contacted, and whether or not that person is actually involved.

Remember: Reports of crime are often false or exaggerated, and individuals accused can be targeted mistakenly, unfairly or falsely.

Whether an individual is actually involved in the commission of a crime, minimally or by exaggeration, or falsely or mistakenly implicated, the best insurance against wrongful conviction and/or harsh, calloused treatment by police is to immediately consult a well-qualified criminal defense lawyer.

Why? Because when a person is the focus of a police investigation, absolutely nothing that person says is helpful-even if they were not involved at all. Too many people believe that “their side of the story” should be heard, and police will encourage that false sense.

Telling police that “I’d prefer not to answer any questions without consulting an attorney” is a constitutionally protected right of every citizen under both the 5th and 6th amendments to the United States Constitution. Our founding fathers enshrined this protection for a reason: the government has the power and resources to overwhelm an individual without this safeguard. And, neither the exercise of the right to remain silent nor to have the assistance of an attorney before cooperating with police can be used against that person.

In other words, a prosecutor is forbidden from ever claiming: “If the suspect was truly innocent, why would he/she need an attorney or refuse to talk?” Police and judges know this.

Remember: Your side of the story-whether you are falsely or mistakenly accused, or have an explanation to offer-can always be told. You do not lose the opportunity to explain or tell your side by refusing to speak with police. An attorney can guide you to the best way to have your point of view heard. (Despite what police might say, they actually understand this principle because when law enforcement officers are accused of wrongdoing, it is the criminal defense lawyers that they consult first.)

When the police are concerned about whether an individual might cooperate by volunteering a statement, they will often say things such as: “The judge will look more favorably on you if you cooperate,” or “If you’ve got nothing to hide, you’ll tell me your side of the story,” or “This is just routine,” or “Unless you cooperate, I’m going to have to take you to jail,” or “I don’t believe you did anything wrong, I just need your side to complete my paperwork.”

Whether you are being promised something or threatened, you should always consult with an attorney before giving a statement. Keep in mind, the courts have found that a police lie can be a “proper investigative technique.”

Finally, the police may use others to get a statement from a suspect, such as when an alleged victim places a call to the suspect to elicit an apology or an explanation for the alleged misbehavior. These are called “pretextual calls” and are perfectly lawful. Do not speak to ANYONE about the accusation without first consulting with an attorney.

Get Essential Advice, Day Or Night

If you are concerned about being the focus of a law enforcement investigation-rightly or wrongly-contact and consult with the seasoned criminal defense attorneys at Rien, Adams & Cox, LLP. An attorney is available 24 hours a day, 7 days a week. THERE IS NO CHARGE FOR THIS INITIAL CONSULTATION. Call before you go to an interview with the police, even if it means you have to reschedule the interview. Take the first step in saving your life, liberty, career and reputation. Call Rien, Adams & Cox, LLP: 925-449-0666 or contact us online. 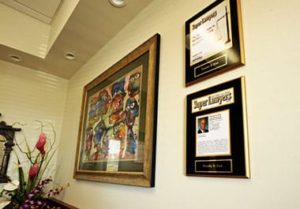